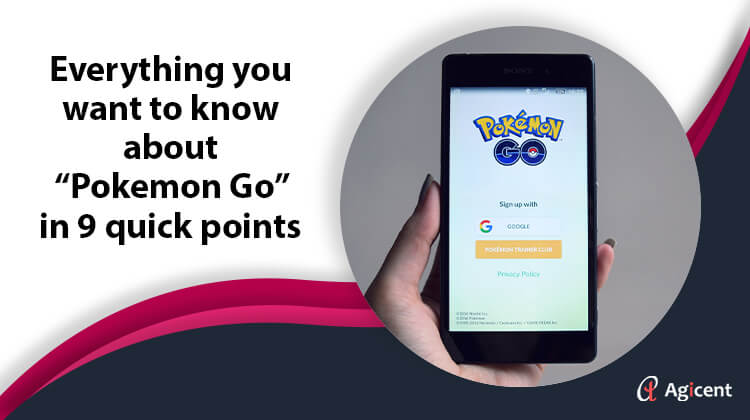 You must be hearing a lot about people going crazy playing a game called “Pokémon Go” – stories like people landing up at strangers’ homes, stumbling upon surprising things, getting lost in real world while getting addicted to virtual world of the game and it’s just increasing. So before you feel embarrassed asking what the hell is going on, let me summarize that for you in quick points.

As per the Wikipedia, Pokémon Go (stylized as Pokémon GO) is a free-to-play location-based augmented reality mobile game developed by Niantic. It was initially released in July 2016 for iOS and Android devices, starting with Australasia, the United States, and parts of Europe, with Asian and other European releases to follow. It is yet to reach bigger Asian countries like India and China as of today.

The game allows players to capture, battle, and train virtual Pokémon who appear throughout the real world. It makes use of GPS and the camera of compatible devices. It’s a free game but with in-app purchase option. It has just surpassed Twitter in DAU (daily active users), though may be for a short span of time.

3. Why people are crazy about it?

Well, many people many reasons but we can sum up so far as it is combination of “Fun + difficulty + addiction + peer pressure + physical involvement+ too much negative marketing as well” (people complaining about accidents, and even criminals leveraging the game etc). And now, when mashable says it is helping people walk and run more as a side effect, we see it getting more loyal-addicted-users in coming days.

You will be surprised but this is not the first time this game is launched, it was first launched as Pokémon GO for PC only 20 years ago, and was extremely popular. Although that game couldn’t leverage the augment reality capabilities that modern day devices have, so this one is treading to become one of the most famous games in US history.

The current stats so far says that it has surpassed even twitter in terms of DAU (daily active users).According to Survey Monkey Pokémon Go has just under 21 million DAU in the United States alone, which dethrones Candy Crush Saga’s peak U.S. numbers of approximately 20 million DAU (on a worldwide scale, King’s app was reported to have 93 million DAU in its heyday). The record-breaking statistics make the new app “the biggest mobile game in U.S. history.”

Like any other “mobile based engaging app”, it is not recommended to play this while driving, or getting so lost playing this that someone robs you. It’s not dangerous if you know and act in limits, but could be harmful if you just get lost into it and forget about the real surroundings. A girl while playing stubled upon a deadbody and you’d not want to experience the same, or would you?

7. What it means for Business?

If you are any bit into entrepreneurship, business, or commercial studies then know this – It has Skyrocketed Nintendo’s Stocks already, and as I mentioned above it is yet to be launched in many major countries of the world. The stock surged nearly 25% in Tokyo on Monday, after jumping 9% on Friday. The company didn’t have an encouraging last fiscal year, but this time they seem to be climbing new levels, and we heard that they are working on new strategy that could be “launching their own game console and platform” leveraging this success. For now, it’s a party time for them.

8. Any Drawbacks for the mobile device?

Well, keep a charging cable with you as it drains a lot of battery when you play, it basically exploits your camera and GPS and can lead to overheated device and drained battery frequently. And you can’t play it while device is plugged, so time to get some charging cases if you love it.

9. Any other source of information?

I didn’t have much time to create a video for the game, so I can share a Video published “The verge”  and it shall help you knowing more about the game visually. Check out the following video.

And, for Mobile Entrepreneurs and enthusiasts, contact me if you want to get developed an mobile app or game out of your idea. I’m at Sudeep@agicent.com, and creating iOS & Android Apps for my customers leveraging my Mobile App Development Company.

Agicent is endorsed as Top App Company in New Jersey by Goodfirms.co
Agicent is Awarded as a Top iOS App Development Company in the USA by Selected Firms
Top Mobile App Development Companies In India 2021
Top App Creation Companies - Create an App using Top App Creators
Latest Mobile App design trends 2021
How to Hire App Developers During Corona Pandemic?
8 Social Media Tips For Business Success In 2021
How to raise funds for an App startup?
10 Alternatives to Uber for Online Cab Booking
Everything you need to know about Mobile app development