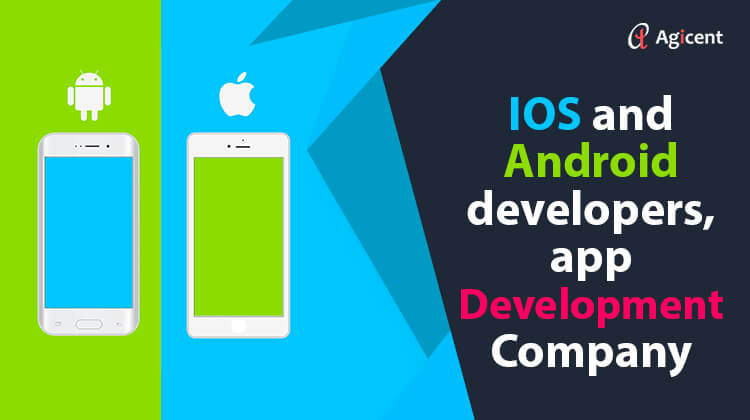 Altering the global needs, accordingly, Agicent is a successful app development company, who’s first and the foremost characteristic is to develop mobile applications and other software, to enhance possible growth and to see a directed change in technology.

The best comes with the capability to build a spontaneous user interface and the excellence of custom functionality.

Android systems hold the top position all around the world, occupying 1.4 billion of android devices have been sold out worldwide. Developers plan strategies and evolve new apps as their fundamental area of development comes out from big enterprises, app publishers, top-class business, and start-ups. The demand is steadily increasing due to the increase in a number of android users. Customers want a new application, forms and are exploring in the world of development. Agicent is researching and developing in the field to provide their customers a high level of satisfaction. Our latest technology is used in developing native apps, java, eclipse, android SDK along with the tool android studio. Our special expertise works on android NDK (Native Development Kit) to create explicit apps like call recording apps.

There is a need to keep the skilled developers up to date, to handle 300+ apps and 120+ customers. A team of 15 android app developers has proven to be experts who develop Games, Enterprise Apps, mission critical apps, the list goes on and on! We have created the apps like scout star (watch videos of your favorite players in Europe), Experience bar now app (catch the happenings in a bar), JyotishPratikriya app (an astrology app), Drug Search (look for medicines online) and the list in long.

We can comment that apple is not less than anything. With 1 billion of apple devices all around the world, the iOS system holds the market for the businesses. iOS systems are known for its fast processor and a machine which rarely hangs. With the advancement of processors in devices like iPhone, iPad, iPod, Agicent never compromises in developing the world-class iOS apps.

The technologies and programming being used in the making of an iOS system are objective-C languages, swift and the tools used are Xcode, iOS SDK.

A leading iOS development company, carrying the intelligence to deliver the apps which outshine.

Agicent marks its name among the reputed and recognized iOS and Android developers who can communicate to its customers and achieve the targeted goal. Agicent will be a helping element that ensures to shout-out your business, with the help of the skilled and efficient staff.

Write an Impeccable Business Plan for Mobile App Idea
MongoDB vs MySQL: Which One to Implement?
7 Best Subscription-Based Gaming Platforms for Kids
How to Remove Android Malware from Your Phone or Tablet
10 Games to improve Child Learning
Your Guide to How Do Apps Make Money in 2020
App Development for Real Estate Agents
How VUI and IoT can be conjoined twins?
Modern Video Game Genres Explained: What are they and the best examples?
Rel Tag Attributes and their effect on your website Security & SEO