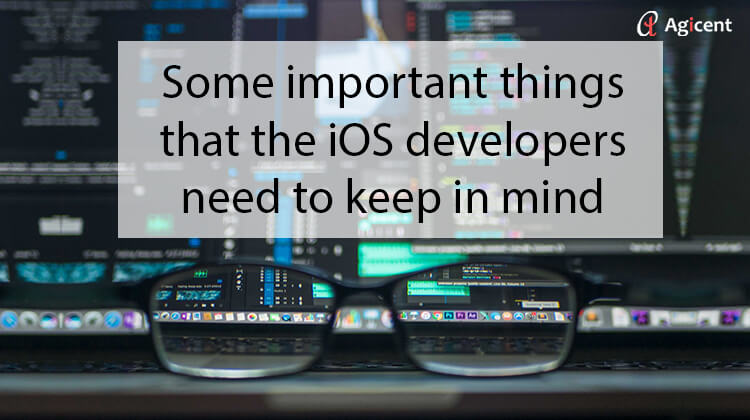 There are a number of apps that are available on today’s date. Numerous kinds of apps for different fields have been introduced, and they are not just helpful but have also been a lot of use during times of emergency. The same kind of apps when seen from a developer’s perspective might seem like a lot of work. The various kinds of iPhone apps that have been becoming a lot popular with the passing time need a lot of patience, hard work, and dedication. The custom iPhone app development is something that requires a vast array of knowledge and some of the key points in mind. We have enlisted some of the most important points that an iOS app developer needs to keep in mind when building an app.

There are a number of app developers, while some are experienced, some are a novice. There are some of the key points that need to be thoroughly known by any of the iPhone app developers, and they are a definite must. While an Apple iPhone is very much popular among its users for it efficient and fast user interface, the apps are definitely worth a big chunk in contributing to the whole iPhone experience. The very first thing that the developer needs to be familiar with is the Objective-C or Swift which are the main programming languages for developing the app.

You must be familiar with the term Integrated Development Environment (IDE), Apple has one of its own as well which is named as Xcode. Every app developer needs to be thorough and familiar with that as well. Another thing to master is the Cocoa Touch which is the framework for the Apple’s User interface. It is very important to be up-to-date about the various programs and advancements in the field.

The next thing of concern is probably the coding for the apps. It is very important to write codes which are clean and not confusing. There might be situations when they would have to revert back to old codes or even use reusable codes. Having a fair bit of idea about source control is yet another key point that should be kept in mind. It is important to work with the IOS app development companies which deal with third party allowances and also prepare the coding of the app fairly.

There are a number of development companies and several other developers for you to choose from. While we have mentioned some of the key points for the developers to keep in mind, Agicent is definitely one of the best companies out there who is gaining recognition with their efficient app development and customer services.