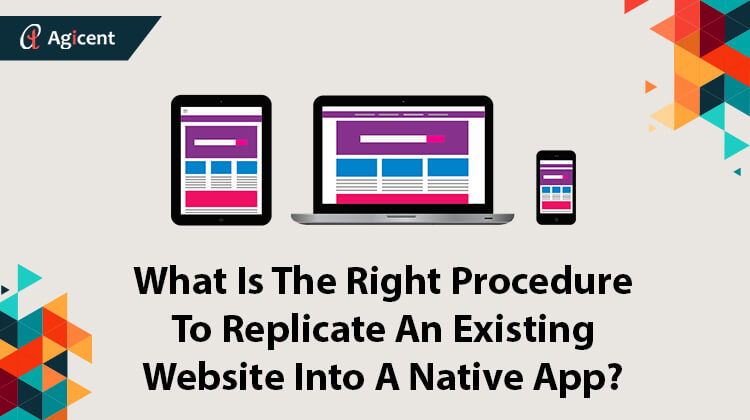 If we happen to turn the clock back by a couple of decades, we will travel back to a world that was dominated by PCs. Over the last 10 years, the situation became such that no business could do without an individual website. However things have changed even more drastically during recent times with the growth in use of smartphones and tablets far outstripping that of PCs. Consequently, it is now more important than ever for businesses to also build a mobile app in addition to their existing website.

An increase in demand for mobile apps has also given rise to competition between the two most popular mobile and app development platforms – iOS and Android – and determining the one that is going to work best for you is not always the easiest thing to do. Then there is the question of selecting between cross-platform and native apps. Here we take a look at how the two stack up against one another.

Development of native mobile apps takes place in a programming language that is native to the device and operating system. Only one specific app is created that has one target platform. These can be developed in iOS, Android, as well as Windows platforms.

For this kind of mobile app development, an intermediate language is required that is not native to the operating system thus allowing sharing of code across target platforms. So you can work with them on both iOS and Android platforms.

The Right Way To Get It Done

As already mentioned you need to start by figuring out whether your website should be converted into a high-performance native app or a cross-platform app. If a native app is your choice, then the best iOS Development Company should help you through. They will start by creating APIs on top of the database that your website is already working with. This API development takes place in json format so that the content rendering is easy and quick.

Once the API development is complete, a native app for iOS will be created using various available software and technology. So you have one single API that serves both your apps and website. So if you make any kind of change to the website, the content simultaneously reflects onto the app interface. The best web development companies such as Agicent will be able to help you further if you are really interested in going mobile with your business website.

13 Best Alternatives to Airbnb Traveling and finding a comfortable place to stay can be a challenge, when it comes to finding a balance between cost, comfort, and location. Airbnb has revolutionized the travel and accommodation industry by connecting travelers with local hosts who offer unique and inexpensive places to stay. Born in 2007 the […]