How Much Does it Cost to Build an App 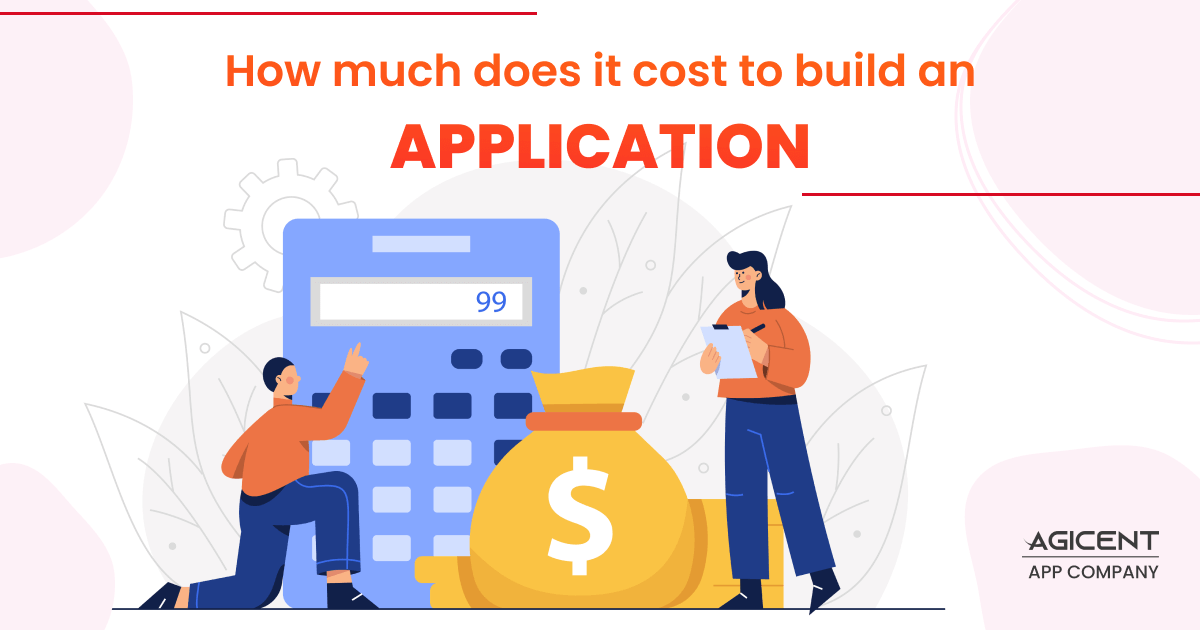 Smartphones, the device that not only helped revolutionize communication but also brought all services at our fingertips.  Yes, it can contain potentially all mobile apps which can help in very trivial work, like ordering groceries (Postmates) to extremely complicated tasks like investing in stock exchanges (Robinhood). And with all these apps we get the curiosity in mind to know how much does it cost to build an app?

As an entrepreneur you surely know this. So your call for investing in an app perfectly resonates with your revenue roadmap of your organisation.  You have your idea ready, but the only question that is bothering you is, cost to create an app? Correct?

Although, you can use an app development cost calculator to know how much will it cost to build an app but here you’ll get your answer in detail. Now, let’s jump to another nested question i.e. what other factors drive the cost of an app. 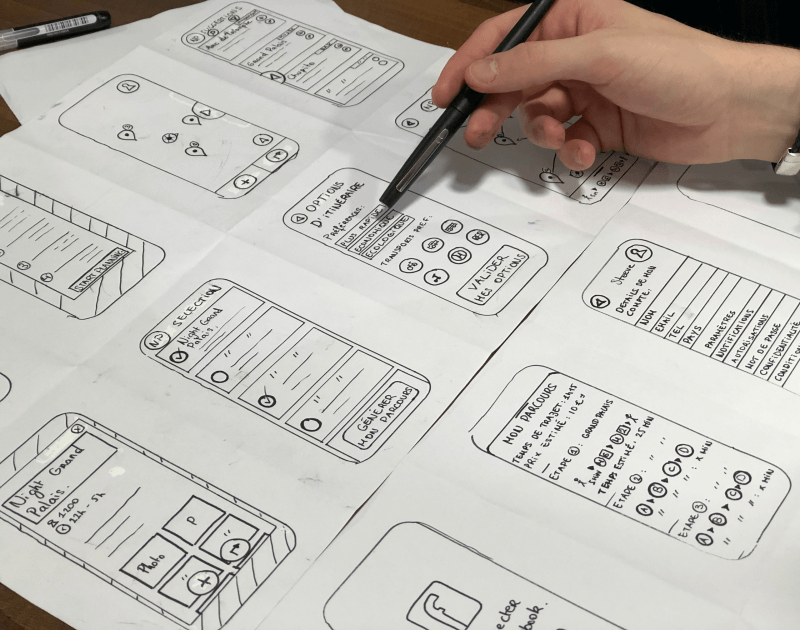 Just to give you a general idea, Below  is the Cost of Making an App According to the Level of Complexity.

Developing an app is really not a piece of cake. This requires a lot of team effort and proper planning within the requested timelines. From analyzing the customer’s ask to marketing it right, this all has to be done in the right manner. Most significant factors that determine cost of making an app are:

Below are The Main Factors that Determines the Cost of Making an App:

The major cost driver for your question  “how much does it cost to build an app”  are the features. The more features your app will have the more will it cost you. Additionally, complexity of features is directly proportional to the cost of developing an app. If you want to embed a chat support system in your app, that will have a separate cost associated with it. If you want to make booking or purchases with a 360 virtual preview, the cost will vary. Do you want a payment gateway too, more X amount will be added in the cost to have an app made. The smart move for you will be to look at what competition is doing and list down the pain point of the app and the appreciated feature as well. Club the best features together and make your mind about what all features you want to bring into your app. Listing down some of the features and their functionalities.

Listing down some of the features and their functionalities:

Some of us appreciate the subtle and minimalist look of an app but many of us want a vibrant look for our app. This also depends on the type of business you have. For example: We would love the subtle UI/UX for a cab booking app  but for a fashion clothing app, we would seek for vibrance and color. Whatever the business idea be, the main focus of the UI/UX is that an app should look sorted and easy for a customer to access. If the user finds your app simple and easy to use, irrespective of a lot of features, you have already made it.  A good user experience increases customer engagement and customer loyalty. Here is a little advice for you when you decide to hire a graphic designer, always explore the profile and portfolio of the UI/UX designer because it will give clarity in terms of the work they do. Hiring a good UI/UX designer will definitely increase your average app cost.

Make sure your UI/UX designer knows the below before sketching out the app design:

The cost of developing an app also depends on which OS you want to launch your app on. As per the current stats, android is ruling the market holding 72.83% of market share in the mobile industry while iOS has 26.35% of market share. It is very important to decide on your audience first, while deciding on launching an app. The development of an android app is more expensive than the iOS because the development time of an android app is more than the iOS. You can read about how much does it cost to build and iOS app and then can identify the proper costing. The android app has many libraries that are built together depending on the features and their case studies, hence this consolidation of proper libraries takes a lot of time for the android app development. 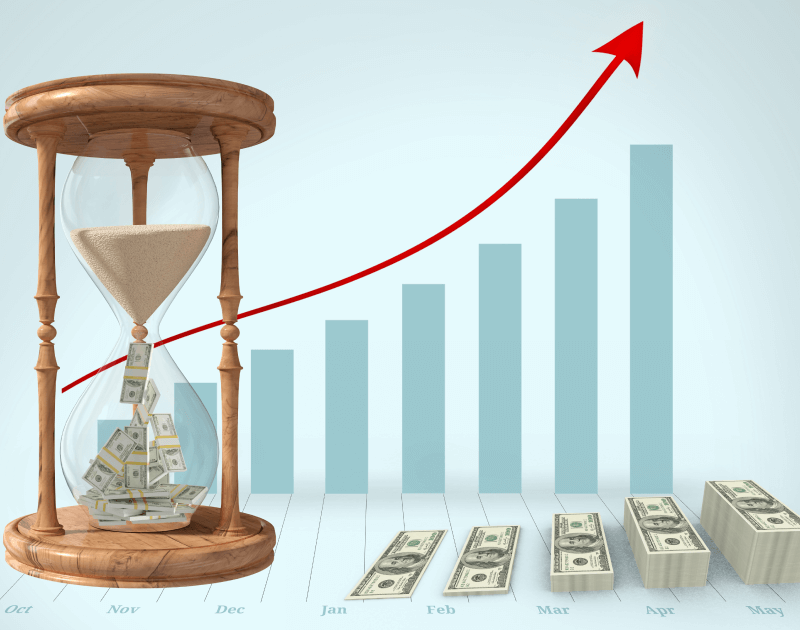 A strong backend increases the average cost of developing an app. The backend holds the empowerment of an app, hence it is very important to have a great backend involved while developing an app. Backend provides things like cloud server, customer server and MBaaS which floats your data on cloud for providing you with quick results. These hold functions like encryption, security, database, storage and many more crucial information. The app scalability and snappiness depends completely on how scalable your backend is. There are various tools and platforms which offer great backend services and have great prices associated with them. The backend has to be robust and dynamic. While hiring a Backend developer make sure that they are analytical, logical, data driven, organized and symentic. As the backend involves a lot of glitches that have to be handled real time.

5. Geographical location of the developers:

If you just bothered about the cost of making an app and you don’t know that only building an app will not mark your work as done. Revamping the app and maintaining it is also required and very important as bugs never approach with an invite. The cost in maintenance of any app usually includes:

7. Development team and their hourly rates:

Experience and skill set of a developer is really important. It is your call to decide whether you want to proceed ahead with a freelancer who will surely charge you with less amount of money or will you move ahead to pay a pro developer who holds a background of creating innovative and bug free apps. Not only a developer plays a vital role here, but an app development team comprises various pillars such as QA team, Backend developer, UI/UX designer, Project manager and a business analyst. Cost of making an app depends largely on the hourly rates of these professionals based on their skillset and project handled earlier. To give you a better clarity, below is the hourly rate of the professionals based on their domains:

8. Publishing the app and marketing it right:

Now that the QA team has done their part appropriately and the app is up without any live bugs. For the next step, the app is now to be hosted on the app store or google play. If you are adding process steps for estimating the cost of developing an app, count this process in.  This process takes a lot of documentation and protocols involved at places related to security purposes. From generating a signed apk to creating a developers google play account, from creating application forms to adding the description of your app, from selecting the pricing tab to maintaining the reviews and rating, this process has a lot to do. Also, the backend servers need to be deployed and run for the app to work which adds a few more dollars to the final cost.

Creating an app from scratch requires a lot of effort and hence to cater the hard work right, some marketers treat the launch of the app as an event and create a lot of buzz around it which is the right approach to bring downloads and usability from the users.

Deciding on which project type to opt for while developing an app is a real bulls eye to hit on. There are three type of major methodologies on which the app can be developed:

Agile: Agile is very much similar to the RAD process in terms of flexibility. But it doesnot depend much on the prototype and once a feature is developed at a time with sufficient time. In an agile methodology you can work along with the UX designer, QA, Project Manager and technical writers but in the above stated two methods one has to wait unless the work is finished by a subsequent team.

Now that the factors that define how much does it cost to build an app are made clear above. Let me walk you through the different types of apps out there in the market.

1. Native Apps: These apps are built to function on specific devices using selective programming languages. Native apps are fast as they are specifically designed to function in a particular device. Native apps often have accessibility to your mobile devices which makes the touch on the camera, microphone, gallery, contact and swipe up gestures easy. The UI/UX of Native apps makes users feel at home. Native apps can work offline as well. But the biggest drawback it holds is, the same app won’t run on both iOS and Android. It requires two different developers for iOS and Android separately. The cost of making a native app is nearly $170,000.

2. Hybrid/Cross-Platform App: Hybrid apps are designed so that it can function on all the platforms. A common base code is built using frameworks like ReactJS and Flutter and then further additional modifications are done as per the devices and OS. As there is only one base code so here you can save tons of energy, time and money. This is your go to strategy when you want to launch an app for both iOS and Android. Hybrid apps can be scaled further depending upon the requirement. The biggest flaw in this app is, the performance of this app can be slower sometimes. The cost of making a hybrid app can vary from $5000 – $100,000.

Now that you have a fair idea of the factors driving the cost of making an app. Let us tell you one thing here, hiring an in-house team for app development will cost you a lot. Why don’t you hire the best mobile app developer company? Don’t worry! Agicent has got all this covered for you. You can use our App cost calculator to estimate the cost of making an app from scratch. Get a better idea of our work by looking at our portfolio and the testimonials.
How to create an app from scratch can turn into the biggest challenge for you. But we are here to help you. You just need to decide your idea and major functionalities that you would like to keep. We, as a mobile app development company, deliver exceptional user experience and engagement. We work as a team, not as a vendor. Reach out to us, as we have 50+ app developers professionals who already have created apps with kickass features. Send us an email at [email protected] with your project query, or fill up a simple form by clicking on getting in touch, or call us at +1-347-467-1089 and our team will get in touch with you within 12 Hours!

Hiring Agicent App Development Company is easy, all you need to do is to send us an email at [email protected] with your project query, or fill up a simple form by clicking on Get in Touch, or call us at +1-347-467-1089 and our team will get in touch with you within 12 Hours!