There is no doubt unveiling the fact that gaming right now is a massive entertainment industry. Since the time of inception, video games have been liked by teenagers all around the world. I myself have been involved in playing video games for countless hours in an 8-bit cassette setup. Although, right now the world is divided into three domains when it comes to gaming. PC, Playstation, and Xbox are those three different divisions.

Although, they are merely platforms but platforms that have a lot to offer the gaming community. These different gaming platforms delve into multiple gaming genres that are catering to their audience like crazy. Although, despite some of the popular genres not everyone knows about it all. Therefore, this article has been written from the POV of a complete fan so if you wish to know about video game genres then read down below.

The most popular gaming genre that is around there is the first-person shooter. It bids the highest number of popular games and has originated as a great genre on all platforms. The game is based on gun-based mechanics where the player is at the centre of the fight. All the player can see is the gun and the aim. Yes, you can also see the charging enemy. It is basically a simulation of the protagonist’s eye. The genre has given the most challenging environment in terms of visual appeal. There have been so many games that have popularised the genre.

Although, it is doom who made which set the template for the forthcoming. In fact, if we see then there hasn’t been many changes in terms of mechanics except that currently, the games published are graphically way ahead. The first-person shooter genre started with the games called Maze War in the year 1993, then Spasim in 1974, and many more to come. Although, it was Wolfenstein 3D(the franchise is running till date) that made it more appealing by adding more gore to it. Some of the most popular games in the genre are Call of Duty, Wolfenstein, Far Cry, Doom, Battlefield etc.

RPG or CRPG(Computer RPG) is the second most popular genre and can even be argued for the first position. Players and likers of both FPS and RPG are in extreme quantity in the gaming genre. If you have ever been a gamer then chances are that you have played both the genres. In this genre, the player takes up a fictional character on screen and plays the game in an artificial setting. As far as the narration of the story is concerned these are the games that have the gaming world massive. Generally, the games that are designed in the FPS genre are quite linear. I mean to say that they will start from point A and will end at B. In the case of role-playing games, there can be many side missions.

It is not just about shooting through the enemies but also getting enough tools, strength, and levels to strengthen against enemies. The best example of this type of gameplay would be Witcher 3. The initial role-playing games were developed in the mid-1970s. These games were made for the mainframe computers. Although, now the scenario has changed dramatically. These are also very graphic demanding considering the game consists of the entire world. Some of the best examples of these games are Witcher 3, Batman Arkham Origins, Mad Max, Horizon Zero Dawn, Just Cause 3 etc. It is certainly one of the best video game genres out there.

Well, this genre has transcended to multiple others. Although, the core feature of the genre remains the same. MMO are typically online games that allow from a hundred to thousands of players at the same time. These types of games are generally available for every network-based device and have been quite popular in recent years. In fact, there are some gaming companies that stress a lot more on their online gaming capabilities. Games like Call of Duty and Battlefield have separate fans for the multiplayer segment. In fact, a lot has been done to make that more appealing. One approach was to create a zombie mode which was very successful. Also, everyone knows about the worldwide phenomenon that PUBG has been. In fact, there has been a whole range of battle royale games in multiple players.

In contradiction to this, there is another MMO subgenre i.e the MMORPG. It is MMO but with the flavor of RPG. Here you are playing a role and competing against the massive online community. Initially, these games were popular in developed countries considering most of their households had access to a decent internet connection. Although, these games are becoming popular in developing countries like India. This is all thanks to the improved internet speed that is crucial for the genre to survive. Some of the most popular games are Fortnite, Apex Legends, PUBG, Minecraft, Counter Strike Global Offensive, DOTA 2 etc. Most of these games are a blend of more than one genre, although the core genre they serve is being an MMO.

RTS is basically a subgenre of strategy games that can be played real-time. If you are a gamer then you must have heard about Age of Empire. Well take Age of Empire for example and make it real-time. In this type of gameplay, the players take turns. It was more of a marketing term in the early 90s for the game Dune II. Although, it is more of a genre these days.

A real-time strategy game would generally consist of a map where you have to manoeuvre and defend your area. The games are generally based on saving assets and making loot. Another mechanism which is prominent is to raid other territories. The gameplay can generally be quite complex because it requires proper planning. Here you are not playing as a single person but more of an empire. Some of the most popular RTS games are World of Warcraft, Clash of Clans, Age of Empires, Company of Heroes etc.

Racing has always been a popular genre. Over a couple of decades, the games have seen a huge upsurge in terms of scale, graphics, and maybe mechanics to some extent. The perspective of the gameplay takes place either like a first-person or a third-person shooter. Over the years, there have been a quite variety of racing games that take place either on soil, water, or air. Although, the highest grosser have generally been the one on the tarmac that too with a car.

One of the first racing that ever dropped was Atari’s Space Race. Although, over the years there have been so many franchises that rose to fame in the genre. In fact, the genre is so popular that some elements of it were inculcated in RPG franchises like

GTA which takes place in an open world. There have been so many great titles over the years including names like Need for Speed, Dirt, Grand Prix, Dirt Rally, Forza Horizon etc. It is a great genre and is hardly losing any grip in the coming future.

In essence, if we see then each of the gaming genres is somewhat a simulation. Although, the games in this category still kind of stands out from the rest of it. The genre can be divided into a couple of subgenres like Construction and Management, Life, Sports, and miscellaneous simulation games.

The first simulation ever dropped was the BMX Simulator that dropped in the year 1986. Although, some of the most favourite sims that the world has seen are Simcity, Simlife, and SimEarth. There are other varieties of sims that are used for training purposes. Microsoft Flight Simulator 2020 is one of the latest entries in the genre. This has such a detailed environment, if mixed with some actual hardware and will give you such a realistic experience of flight simulation.

So these were some of the modern video game genres. If there is any other genre in particular that you would like us to add then you can add on the comment box. We are Agicent Technologies and we have been making apps since 2011. If you are in need of one then you can send us a mail at [email protected]. Also, we have written an article over Rel Tag Attributes and its effect on Web Security & SEO. We hope this article may have been of some interest to you. Also, thank you for reading it until the end. 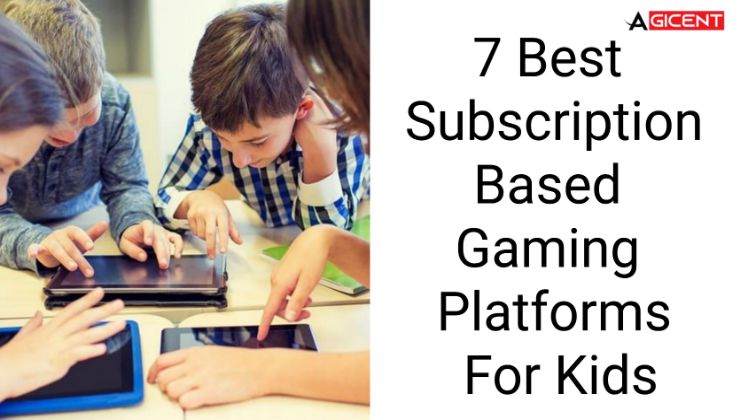 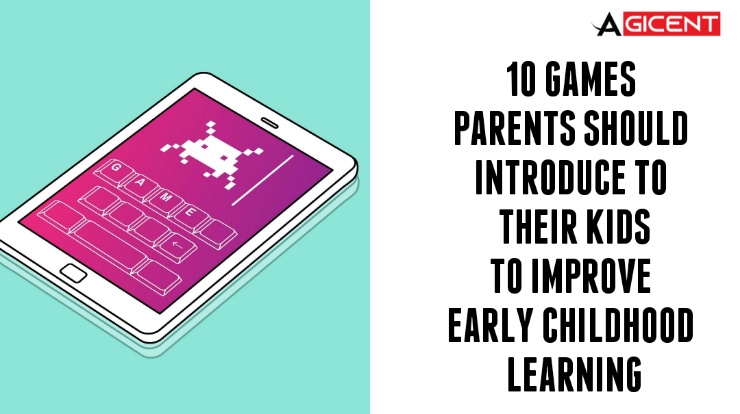 According to research by NCBI, 90% of brain development happens in the first four to five years of a child. Explains why experiences during these beginner years are quite impactful. As parents or anyone who tends to a child, it is our responsibility to form his brain effectively and positively.  Realizing that these years are […]