Startups is the new trend today, infact many add up to the list everyday which makes it the new business style. Undoubtedly they are helpful to deal with several problems like app development, content marketing, cover designs, etc. You can contact these startups at any point of time and they are humble enough to provide you with the best possible services. But it is very important to pick up the best among the choices because not all will give you the same results. To ease off your work, we have created this list of the best mobile startups that have proved to be a good team with satisfactory result. To sum up all of these, we have considered various factors like:

By keen observation and analysis, we have collected a list of Top Mobile Startups that can be relied upon for various services they offer thus have been listed down as : 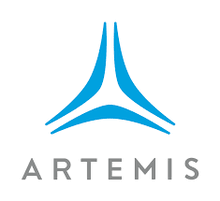 This is a software company based in San Francisco, California. It was established back in the early 20’s. Since then, they have achieved a lot and as they say Artemis Networks LLC is the pioneer of pCell technology, a breakthrough approach to wireless that consistently delivers full-speed data rate to every mobile device concurrently, regardless of how many users are sharing the same spectrum at once, and is compatible with standard LTE devices. pCell technology is protected by a wide portfolio of patents, both US and internationally.

Another one to be followed in the list of Top Mobile Startups should be Ostendo which is also based in California. Established in 2005, Ostendo has raised a large capital through their innovative ideas. They aim to bring really tiny hologram projectors to your smartphone – how’s that for glasses-free 3D? They have revealed that their next target would be the introduction of 3D capable chips and as they believe it can boost up the fund raising process through this idea.

This can be the next company in the list of Top Mobile Startups as it basically involves use of software technology in the healthcare domain. Started not so back in 2012, it is based in the US. In span less than a year, it has reached this list because of its ideas and uniqueness.The main concept is to help doctors to focus on the patient care which is one of the main motive of this profession. Augmedix aim at reaching great heights in medical scribing which is an advanced stage in the healthcare industry. Hopefully, it will be achieved sooner with the help of their dedicated team.

It was founded in 2012 in Finland and is now known for its great services in mobile applications. They say “We are dedicated to serving app developers from all around the world by helping them to build amazing location-based apps and giving them the freedom and scale they deserve.” Their vision is to create a seamless indoor world that is discoverable for people and businesses all over the globe. They aim to make every mobile app in the world location aware – in every building in the world. Through this, everyone will be able to discover the indoor world around them, wherever they are. This can be done by making our patented technology available to every app developer, no matter what size, market or interest. The  number of monthly users have already crossed the million scale and had already spread to 130 countries. With so much to say, IndoorAtlas is surely one of the Top Mobile Startups in the world. 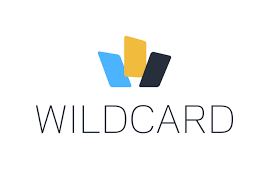 It is an US based company which came into existence in 2013. Since then they are working with the technology and mobile web which is not easy to handle. According to Wildcard, “We want to shrink a lot of web content into “cards”- little packages of pre-rendered data that, supposedly, load much more quickly.” The results are faster on the users’mobiles than any other browser on the web which is an achievement in itself. 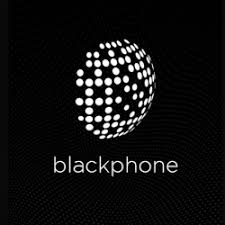 A recent launch in 2014, BlackPhone have proved to be a good startup in the mobile world. The technology and ideas revolve all around sharing of information like your location and selfies. They say “We also pride ourselves on providing leading edge technology, a fluid UX, and increased opportunities for your enterprise to move forward with its mission.” With all this, it is a joint venture between Silent Circle and Geeksphone. It is widespread to many industries and verticals and is trying to cover more with each passing year. With these achievements and features, it is rightly included in the list of Top Mobile Startups. 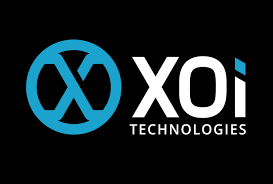 It was started in 2010 and since then it has achieved great praises for the unique idea that they brought into being. They are the suppliers of technological products that are industrial wearables. The main idea is to provide a viewing ability to the supervisors and higher authorities so that they can keep an eye on the employees working in remote locations. This is done through smart glasses that are customized according to the industry requirements. This idea is really great and can do wonders in the growing industry today. 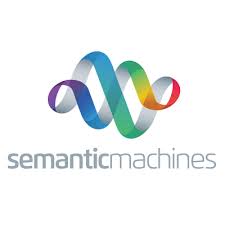 Semantic Machines is a Boston-based startup which is still under the race of settlement. It was established in 2014, but is still under covers for lot many of its features. But the Founder have already given several hints to reveal what else he has in store. It would be: natural language processing and artificial intelligence, with the aim of creating advanced voice-enabled mobile agents. With a strong idea and hope, we have included Semantic Machines in this list of Top Mobile Startups.

The company established in 2011, is working great since then and is known for its high fund raising capability. It has revealed to raise more than $50 Million of funds and is a highly skilled team of professionals from different departments. Their main idea is to deliver desktop apps to the users mobile devices via an HTML5 interface – without any coding or script work on the customer’s end. The prime focus is on the major enterprise apps like SAP and Salesforce. It’ll surely be helpful as all the desktop apps can get handy to users. So, it makes this idea worth keeping in the list of Top Mobile Startups.

Last in the list but absolutely worth, is an artificial intelligence based startup that was established in 2015. The headquarters are based in Canada. The founders have developed a name of the Bot with its name Obie. It is a virtual assistance that helps in making fast decisions with any such obstacle. Obie basically acts as a conversational interface and can therefore be used to answer questions or to deliver training. All in all it takes artificial intelligence to the next level with such a usage.

Here we end up our list of Top Mobile Startups present globally. If you are looking for any technology related solution or anything related to that startups can help you with, you can surely turn on to this list and reach out to any of them as per your requirements. We hope our research to be helpful for you may be today or sometime tomorrow.

If we missed out any name that you think should be a part of the list, you can surely write us back to [email protected] or you can mention in the comments section below. You suggestions will surely be considered.

For more such articles and posts, stay tuned with our blog. Keep Reading!

Other interesting articles for you –

How to Raise funds for an app business startup?